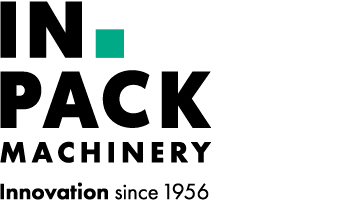 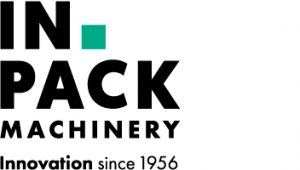 was born in Florence on 1966, founded by Luciano Conti.

Thanks to the over twenty years experience on the field of the machinery for the production of plastic bags, Amutec creates the prototype of a bag-maker working in continuous operating in-line with extruder.

Following the great success obtained, the innovation has become the propulsive strength of Amutec, that in the following years has patented new models of bag-makers which innovative solutions have been constantly prized by the market.

Specialising in the construction of blown film extrusion plants, Tecom supplies single and multi-layer plants of different dimensions for processing all types of polyolefins and biodegradable and compostable starch-based or polylactic acid (PLA) polymers. Application fields range from HDPE film with a thickness of 0.007 millimetres to multi-layer film with a 0.2 millimetre thickness.

Tecom opened in 1963 as a manufacturer of textile machinery, joining the blown film extrusion plant manufacturing industry in the early 1970’s. For many years, the company specialized in the production of small ‘monobloc’ lines and medium extrusion lines suitable for the processing industries that were springing up in those years. This type of plant, still used by several processing companies, was suitable for small and medium film and tubular film draws, primarily destined for the local market. Tecom’s philosophy was based on long-lasting, reliable machinery, on customer service and custom-made plants. Another feature of the machines is certainly versatility, switching from one material to another in frequent but fast size changes.

Although the company has dabbled in manufacturing larger plants or two-layer extrusion plants when it has been given the opportunity, Tecom made its name as a manufacturer of small plants. Towards the end of the

1980’s, armed with new technical management, Tecom began to increase the technological content of its plants, suitable for large-scale production and the quality large-scale distributors and automatic packaging machines were looking for. It developed new technologies to further advance the production of film, including HDPE, with or without internal bubble cooling (IBC), extruders with screws up to 120 millimetres in diameter and fixed or rotating heads with dies up to 1000 millimetres in diameter. All these innovations were introduced without the company losing sight of its early philosophy, and it added other values such as reducing production costs, increasing performance and environmentally friendly processes. As the film plant manufacturing sector in Italy has changed over the past decade, Tecom has adopted new technology in step with the times, and has stepped up its efforts to maintain a high profile, not just as a manufacturer of small plants.

Nested in the Modenese’s plain, one of busiest and wealthiest areas of Italy, GIUGNI s.r.l. first order rolled out of production the 2nd of May 1961. Today, the Giugni family, which still runs the homonymous company, continues – after more than 55 years – to design and produce highly sophisticated industrial marking and printing equipment. All the systems are designed internally and are tested in the company’s own R&D facility and certified in compliance with European standards and safety rules. Today, most of Giugni’s production is absorbed by the European markets, although there is an ever-increasing number of customers from America, Asia and Oceania. Since its founding , the company has focused most of its energies and investments in the R&D department, where new solutions and new systems are created, and where most of the customizations see the light of day. In recent years, substantial investments, to extend the company’s productive capacity, have been  carried out, in Giugni’s 7000 square meter facility. Through decades of experiences we have acquired great knowledge that is applied by direct management to the whole of the production chain: from the assessment of the customer’s needs to the designing and manufacturing of the final systems and continuing with Giugni’s well renowned after-sales service. Not only all the systems are designed and produced internally, but also most of the accessories. Our customization’s capabilities are un-matched in the industry, and with a large in-house inventory, we can answer rapidly to most of our customers’ immediate and unaccounted needs.

Cason Elettrotecnica Srl has been operating in the plastics, paper and textiles sector since the eighties as a manufacturer of: corona discharge surface treatment equipment,  static elimination systems and static generators.

Our systems can resolve any problem regarding the wettability of materials and/or their electrostatic charge in the extrusion, printing, bonding, wind/rewind, roll-to-roll changeover, lamination, form/fill/seal, gravure printing, screen printing, labelling and packaging sectors. With a long experience stretching back more than 25 years, Cason Elettrotecnica Srl offers products of the highest quality at competitive prices.

Gur-is Makina is established in 1988 year as mechanical equipment manufacturer for industry. The company started to make its own desing and manufacturing of Servo Motor Controlled Plastic Bag Making Machines in 1998 with its own understanding and mentality about machine manufacturing area.

Nowadays, The company has the customers who are from West, East, North and South Europe; North, South and West Africa; Middle-East,Middle Asia and Far-East; North, Central and South America.

The company gives the service and spare parts service to its customers in the period of Guaranty and also after the Guaranty as soon as possible.

The Achievement and Quality would not come with coincidents unless Knowledge and Experience, Customer oriented-production and  self-renovation.

The company FBF, established in 1977, is specialized in the engineering and manufactoring of complementary products and accessories for plastic, paper and textile machines.

We always improve our production systems and our internal organisation in order to be more and more competitive on the market and to reach the best reliability.

FBF works in conformity with the ISO 9001 quality system and it has been certified since 1996.

Our technical and commercial departments are always at your disposal for any special request.